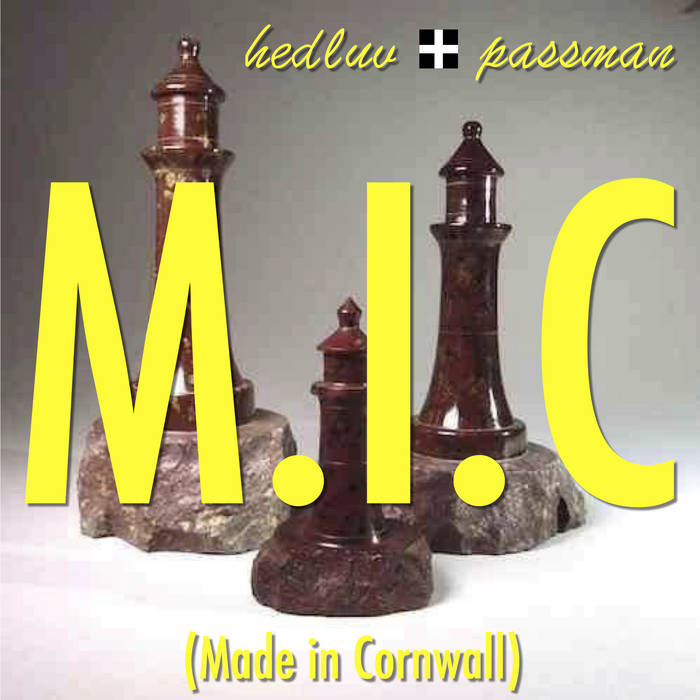 It's been a busy six years for the Casio rap duo since the release of their self proclaimed 'difficult second album'.
The insouciant pair have traveled twice around the world, bringing their 'brazen otherness' (The Guardian) to audiences in New Zealand, Australia and the US.
They performed for three successive years at the Edinburgh Fringe Festival, selling out shows and earning high profile fans from BBC QI's Alan Davies to Flight of the Conchords' very own Rhys Darby.
And they made a brief appearance on ITV's Britain's Got Talent.
Thankfully they still found time to write, and in M.I.C (Made in Cornwall), we find the duo operating at a level we've not seen them reach before.
Firstly let's say it's not funny. Sure, there's an air horn, and probably for the first time in history an air horn combined with shanty like singing in regional British West-country accents.
But this is a more mature H+P, asserting their hard won authority as the authentic voice of Cornwall, one of the smallest of the six Celtic Nations.
The production is layered and dense, packed with strings, brass and piano, all somehow distilled into their trademark miniature Casio keyboard led sound.
In the verses they juxtapose references with Clipse, Skepta and Dizzee Rascal with Casio watches, spending time with the grandparents and the impressive view of the local Tupperware factory from a nearby hill.
And I haven't even mentioned HOW CATCHY IT IS! If you're anything like me, you will find yourself waking up in the middle of the night with it feverishly on an endless loop in your head.
This song is basically Jay Z's New York if we were living in a parallel universe where Redruth High Street is the financial center of the world.
But for some people that is exactly what it is.
Welcome to the world of Hedluv + Passman

I've been doin' it dreckly
since 1983
3 years before Neighbours aired
on UK tv
grew up on Ramsay Street
with the TMHT
now I'm playing rap shows across the west country
Passman, yeah I hang with the Casio King
been rolling 10 years deep on this Casio ting
ain't no Rolex Sweep
we doin' the Casio Creep
the price ain't steep but we still got it for cheap
top of the heap an'
bottom of the pile man
it's gonna be a while before we're living in style
nice pile
shag pile
Kim Wilde on speed dial
'cause
we're the kids in the Kerrier
you say Perrier
well we say Perrier
come on
holiday and we'll be there for ya
putting on a show in your area
just stay away from Camborne man 'cause it don't get no lairier
yeah that's right
still reppin' for Redruth
just be careful what you step in when you're schlepping through Redruth
'cause there's shit on the ground
but there ain't a cloud in the sky son
I'm going up the hill 'cause it's looking like a nice one
a nice day to while away up Carn Brea
got a pasty in the bag
sink a tinny on the way
find a nice spot and take stock until the light fades
even the industrial state looks nice if you look at it in the right way
they used to mine clay, copper and tin
now they're making Tupperware to put your sandwiches in
it's still the same thing
it's still the grindin' we be grindin'
we're grafting
man, these beats were hand crafted
in Cornwall
we break it down like a storm wall
and storm every stage we play
whether big or small
we ain't acting cool 'cause we ain't
we just have a ball and keep it old school like MS Paint