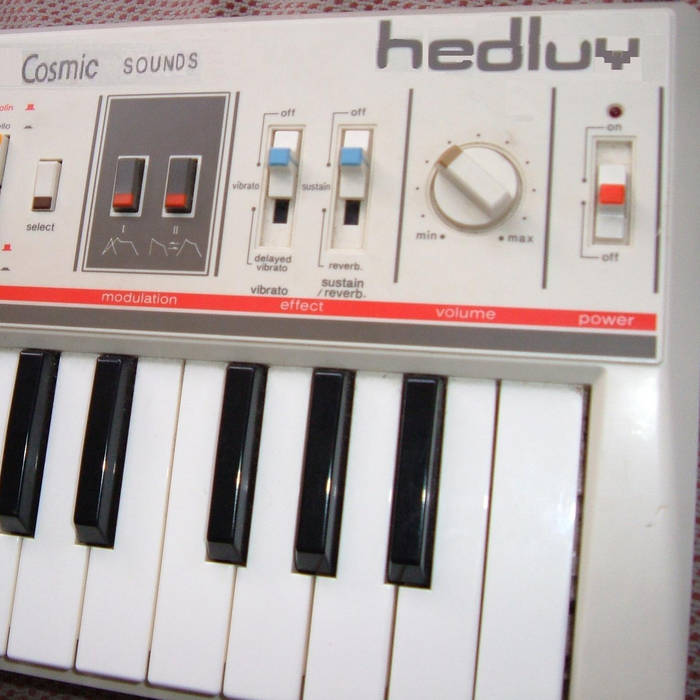 ghostrepeater I am charmed again everytime I listen to this album, touching, mild and funny with a real sense of place too. this kind of album making style maybe dying out due to streaming and ipods, so am excited to see people still dedicating time to records like this.

When Cosmic Sounds was released in 2007 it instantly sounded like a classic. It was a though it had been around forever in the national psyche. Everything about it seemed familiar. A guy rediscovers a love for writing songs after a chance purchase of a Casio keyboard. What follows are songs about cars, computer games, parties, a love for his hometown, a love for his friends.

And it was all so familiar. Yet we'd never heard anything like it before! It reminded me of when Grand Theft Auto III came out, finally we thought, they've made the game we all wanted. And here was the rap album that we had all been looking for and, until 2007, no one had made. At least not like this...

'Making Cosmic Sounds was one of the greatest and most rewarding experiences I've ever had. The whole process took me to great depths of feeling really rubbish at one minute, to enormous highs of feeling like a genius the next, and it all started in the summer of 2005 with a vision of a simple Casio rap record. I'd picked up a new keyboard in a Camborne charity shop and had a clear idea of how the first two tracks would sound. I then quickly ordered an analogue to digital converter with the last of my savings, picked up some pads and biros from Trago Mills, and worked, and worked, and worked. I wrote some terrible lyrics, recorded some god-awful scat in a professional studio, then wrote some good lyrics, got writer's block, became a postman, took two weeks off work to build a 'vocal helmet' out of papier-mache, started playing guitar again, formed a band, disbanded the band, stopped playing guitar, filled up all my pads with lists, burned the 'vocal helmet' on a bonfire (which I regret now), wrote another list, called in the help of Passman, and finally finished the album in the autumn of 2007. The thing was, because it was taking so long to make, and so much of my time, it had to be perfect, and in the end it really surprised me.' - Hedluv (2007)